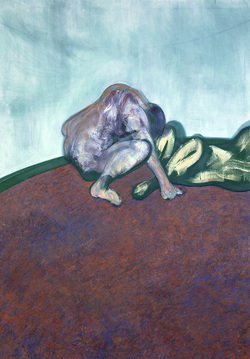 Francis Bacon and the Masters is a groundbreaking exhibition bringing together over 25 major works by Francis Bacon with old and modern masters including Velázquez, Rembrandt, Titian, Michelangelo, Rodin, Van Gogh, Picasso and Matisse.

The exhibition forms the culmination of the celebrations marking the 250th anniversary of the State Hermitage Museum in St Petersburg and will coincide with the UK/Russia Year of Culture in the UK.

Curated by Dr Thierry Morel, the exhibition explores Bacon’s obsession with the art of the past, examining how he consistently drew on the work of masters such as Michelangelo, Velázquez and Degas, as well as to the stylised forms of ancient Greek and Roman works.

There are also a number of additional events that complement the exhibition. Find out more at www.scva.ac.uk
From the editor: This exhibition is a real coup for Norwich and the Sainsbury Centre. The curation of the exhibition has made a connection between Bacon and the Masters that few people that are not art historians had realised, certainly not I.

Some people have said to me 'I am not that keen on Francis Bacon' but my answer is, go and see some amazing classic masterpieces and even if, at the end, you still don't like Bacon, you will have seen some stunning work and learnt something about how artists make connections and take forward and reinterpret what has gone before, in much the same way that musicians do. The exhibition is also presented and lit beautifully and if you have not been to the Sainsbury Centre in a while, you will be impressed by the spaces there now. Standing in the lower gallery, I felt I could be in any major gallery in the world and yet it is 20 minutes from my home, right here in East Anglia.

As it happens, I like Bacon's work but visiting the exhibition changed my view of both the man, and his paintings. I felt more empathy with him as a man. But what really got me was standing face-to-face with a van Gogh or Rembrandt inches away. I have been to the Rijksmuseum and remember being somewhat overwhelmed by the work but this was selected and presented and all the sweeter for it. I felt really privileged to be standing there, in that spot.

So take the chance to go and see this work on loan from the Hermitage in St Petersburg and you will not regret. Don't be put off by the ticket booking system, you can turn up, it will rarely be crowded - and you can treat yourself to a nice lunch in the Modern Life café to boot