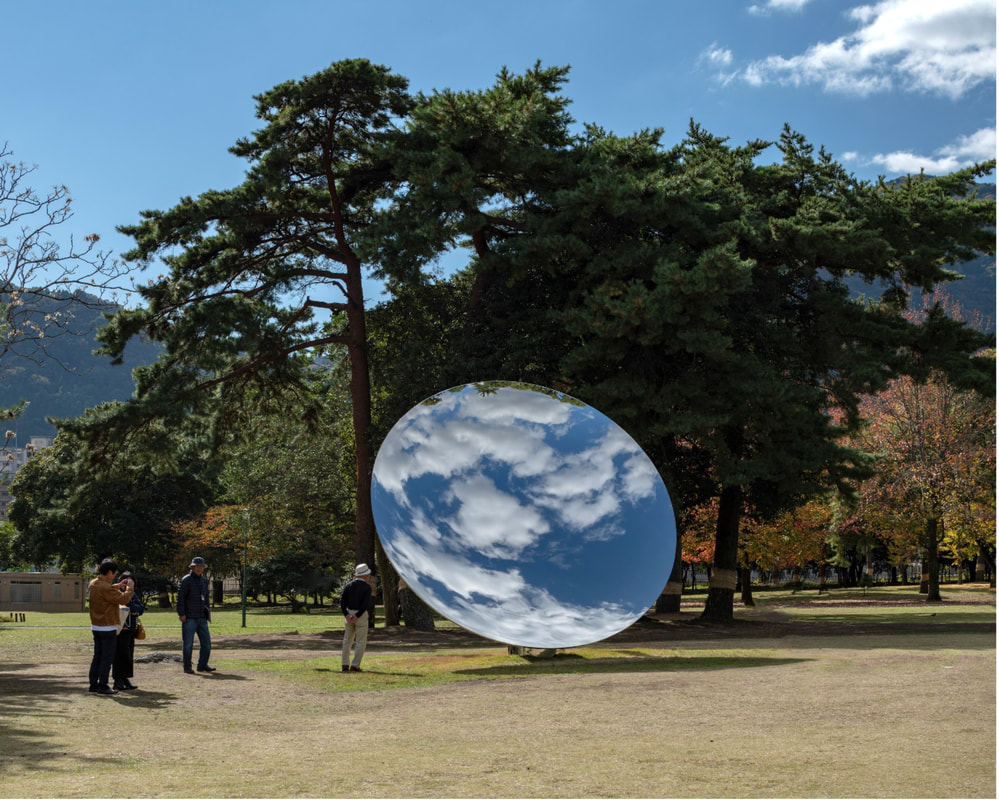 Seminal works by the celebrated British sculptor Anish Kapoor will go on show across the grounds and historic interiors of Houghton Hall in Norfolk for the exhibition Anish Kapoor at Houghton Hall, opening on 29 March 2020.

The exhibition will feature 21 sculptures as well as a selection of  drawings and smaller works representative of Kapoor’s ground-breaking body of work created over the past 40 years. Presented together, this series of works will challenge the classical architecture of the house and the idyllic beauty of the grounds, whilst being in continuous dialogue and engagement with Houghton’s history.

Anish Kapoor is one of the most influential sculptors working today, known for creating ambitious public sculptures adventurous in both form and engineering across vastly different scales and materials.

Curated by Mario Codognato, the exhibition at Houghton will feature some of Kapoor’s major works in mirror and stone, including Sky Mirror (2018) - a 5-metre diameter mirror of stainless steel that reflects and transforms the space around it, turning the world upside down - and a series of carved marble sculptures created in 2001 – 2003 which will be displayed across the grounds. A number of works will also be shown inside the house, including a series of dramatic sandstone sculptures which will be presented in the gallery spaces.

Lord Cholmondeley, owner of Houghton, said: “Anish Kapoor is a magician. His elegant reflective pieces throw back the world in mysterious ways. We are proud to have the opportunity to present an important group of Anish Kapoor’s work at Houghton, both inside the house and in the gardens and grounds.”

Houghton Hall was built by Sir Robert Walpole, Great Britain’s first Prime Minister in around 1722. Designed by prominent Georgian architects Colen Campbell and James Gibbs, it is one of the country’s finest examples of Palladian architecture. Houghton and its estate passed to the Cholmondeley family at the end of the 18th Century and remains a family home. The house and award-winning gardens have been open to the public since 1976.

Presented by Houghton Hall. Supported by Dorotheum.
With support from Lisson Gallery.